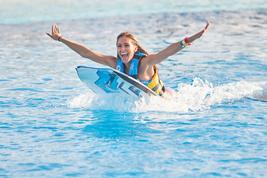 Immerse yourself in this magical Dolphin Swim Adventure and interact with these bottlenose beauties.... Read More

The Royal Swim takes your dolphin swimming experience to a whole different level, an... Read More

Get up close and personal with the Caribbean’s most playful and friendly dolphins. You’ll... Read More

Island Routes Grand Cayman excursions and tours allow visitors to explore the alluring Cayman Islands, which are strategically located in the western Caribbean Sea and consist of three Islands, of which the largest is Grand Cayman and the two Sister Islands of Cayman Brac and Little Cayman. These three unique islands are limestone outcrops, peak from the top of a submarine mountain range called the Cayman Ridge.

Spot avian fauna on our Grand Cayman Tours, including two endemic subspecies of Amazona parrots: Cayman Brac Parrot, native only to Cayman Brac, and Grand Cayman Parrot, which is native to the Cayman Islands, forested areas of Cuba, and the Isla de la Juventud (Isle of Youth). Among other extraordinary fauna you may encounter on your excursions is the endangered Blue Iguana, which is endemic to Grand Cayman. Also present are the Central American agouti, along with the Booby Birds on Cayman Brac.